In this episode I talk to Jim Browning and cover some of the following topics:

Fraud itself has been around for as long as humans existed. I believe the first recorded instance comes from 300 BC, in Greece, when shipping merchant Hegestratos changed the world by attempting to con the insurers of a shipload of valuable goods by sinking his boat but keeping the cargo, and claiming the loss anyway. Or in 1920s where we saw the first Ponzi scheme, a form of investment scam carried out by Charles Ponzi whose name it takes it‘s name or Identity Fraud and Cheque Fraud were also prevalent in the 1900’s. One very famous example being Frank Abagnale Jr, who had over 8 identities including an airline pilot, a physician and a lawyer. This story was made famous by the movie ‘Catch Me if You Can’.

One thing to always keep in mind is that scamming like any other business (except for the fact that it is illegal), in that these scamming organization innovate and change their business model according to new trends or changes in their environment, like we see now with Corona scam emails. Scammers have a very strong incentive, as it’s financially very lucrative to scam people out of their money and have no qualms about targeting old, innocent and often helpless people. So always be on the lookout.

Here are some tips to better protect yourself and are generally considered best security practices. Most of these are tips are or should be well-know:

Now, most of these recommendations might not be new to you, but not your grandparents, who are not as tech-savvy as you are. So feel free to share this podcast episode with them or share Jim’s YouTube videos with them. Because awareness is key.

Follow/Add the Podcast Host/Guest on:

Have feedback or recommendations for topics or guests?
Let us know, by filling out this short form here. 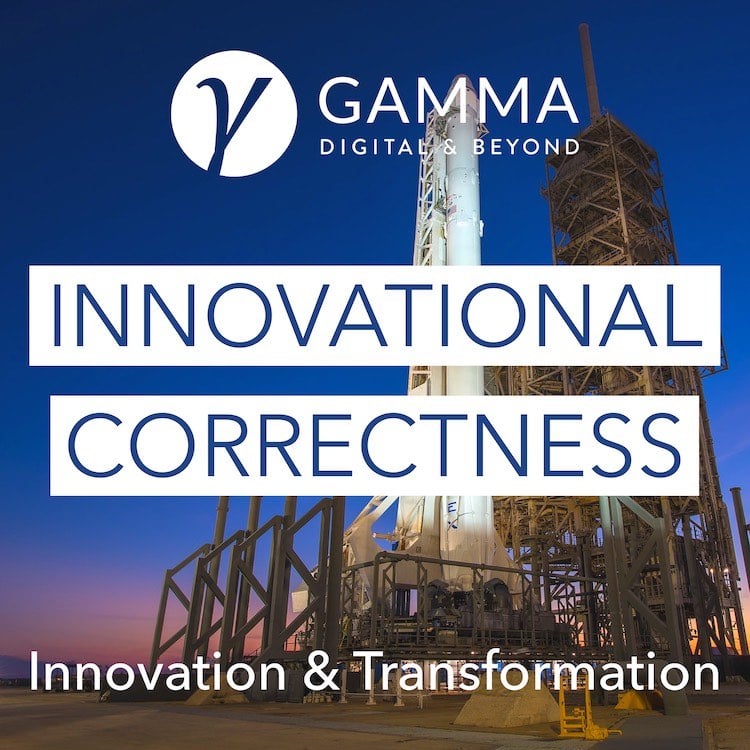 This podcast looks at innovators and companies that are changing the game and how they took their initial idea and created a game-changing product or service, while giving you unique perspectives and insights you’ve probably haven’t heard elsewhere.

David and his guests discuss real-world practical advice on how to best harness the creativity of your employees and go from idea to product or service that has the potential to radically transform your business.

They also share lessons they’ve learned along the way to effectively accelerate, incubate and scale innovations within small, medium and large enterprises, all while separating hype from reality and replacing bullshit bingo with common sense.

The show is hosted by David C. Luna, author, keynote speaker and founder of GAMMA Digital & Beyond.

The Innovational Correctness Podcast by GAMMA Digital & Beyond, David C. Luna is licensed under a Creative Commons Attribution-NonCommercial-ShareAlike 4.0 International License. Based on a work at gammabeyond.com/en/podcast/. Permissions beyond the scope of this license may be available by contacting us here. 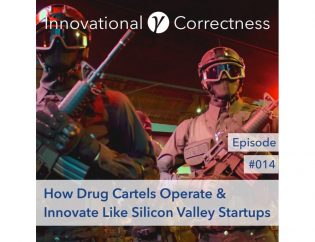 vamtam-theme-circle-post
 Kategorie Podcast
David C. Luna
In this episode I caught up with Rodrigo Nieto-Gomez to talk about the criminal entrepreneurial and innovation skills of Mexican drug cartels, how they operate and what we can learn from them. I also explain how cocaine is produced and what makes it so profitable. Then I show you how to setup your own drug empire, what skills and mentality you need to succeed in this industry, how to scale your business and what offshoring options you can use.
 Tags Englisch, Innovation, Podcast
Weiterlesen 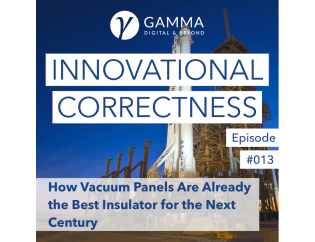 vamtam-theme-circle-post
 Kategorie Podcast
David C. Luna
In today‘s episode I talk to Dr. Joachim Kuhn who is the CEO and founder of va-Q-tec - a very innovative company that produces highly efficient and space saving vacuum panels that insulate 10 times better than traditional insulators and will remain the best insulation material for the century. va-Q-tec has won the TOP 100 innovator award, has been the National Champion at the "European Business Awards" multiple times, made it into the TOP 10 of the GreenTec awards, along with so many other awards and recognitions that it would seriously take a half an hour to name them all.
 Tags Englisch, Innovation, Podcast
Weiterlesen 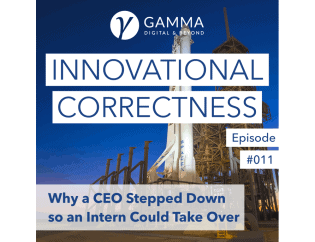 vamtam-theme-circle-post
 Kategorie Podcast
David C. Luna
In 2013 Herrmann Arnold (at that time CEO and shareholder of Haufe-umantis AG) voluntarily stepped down as a CEO and appointed a former intern for the CEO position, because he was convinced that he wasn‘t the right person to continue the next growth stage of his company. Many would view this as a colossal failure. Why the exact opposite is true, is something we discuss at length in this episode.
 Tags Englisch, Innovation, Podcast
Weiterlesen 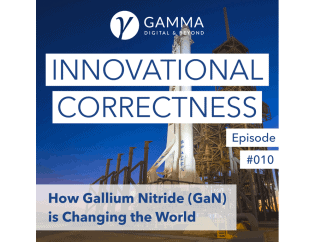 vamtam-theme-circle-post
 Kategorie Podcast
David C. Luna
This episode explores a special material called gallium nitride (GaN) that is not only a super efficient semiconductor, but is also changing the tech industry and is destined to disrupt the established silicon industry. GaN tech could save 10% of the electricity consumption in the US alone. And consumers can already purchase products using this high-tech material. To further explore this fascinating material, I interview the multi-award-winning professor Martin Kuball.
 Tags Englisch, Innovation, Podcast
Weiterlesen 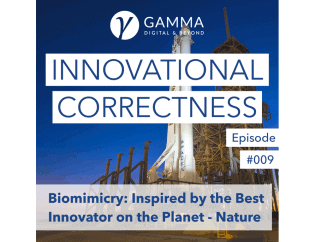 vamtam-theme-circle-post
 Kategorie Podcast
David C. Luna
In this episode we talk about the best innovator on the planet - nature and how we can learn and apply its ingenious solutions to solve some of the most challenging problems we humans face. We also explore some fascinating examples from the animal and insect kingdom and see how successful companies have applied these nature-inspired designs into their products.
 Tags Englisch, Innovation, Podcast
Weiterlesen 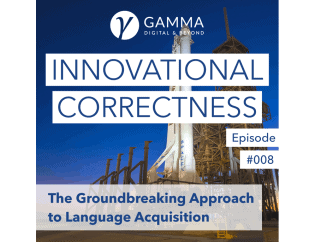 vamtam-theme-circle-post
 Kategorie Podcast
David C. Luna
I talk to award-winning Prof. Stephen Krashen, one of the most prolific and most cited scholars in the language education about his groundbreaking theory of language acquisition.
 Tags Englisch, Innovation, Podcast
Weiterlesen 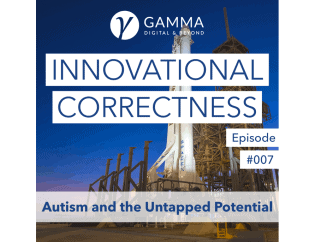 vamtam-theme-circle-post
 Kategorie Podcast
David C. Luna
We’ll look at the untapped potential of autism and some of the misconceptions and challenges surrounding it, as well as where people on the spectrum outperform neurologically typical individuals.
 Tags Englisch, Innovation, Podcast
Weiterlesen 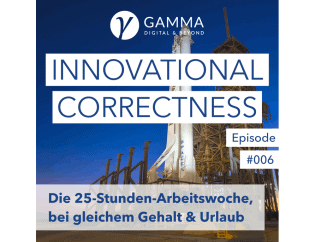 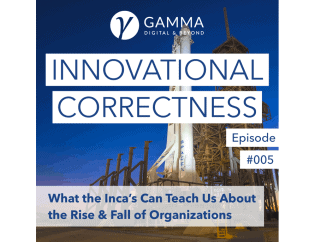 vamtam-theme-circle-post
 Kategorie Podcast
David C. Luna
This episode explores why organizations rise and fall, by interviewing the authors of The Illusion of Invincibility: The Rise and Fall of Organizations Inspired by the Incas of Peru, trying to answer the fundamental challenge that every organization has: How do established companies continue to stay competitive and innovate within an ever-changing environment?
 Tags Englisch, Innovation, Podcast
Weiterlesen 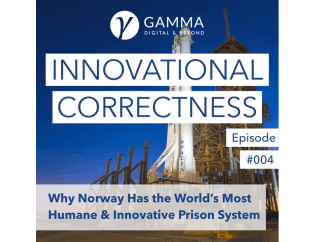 vamtam-theme-circle-post
 Kategorie Podcast
David C. Luna
In this episode we explore what makes Norway’s prisons the most humane, and innovative prisons systems in the world, how Norway went from a nation of pillaging Vikings full of violence, murder and revenge and to a country where peace and forgiveness came to triumph, how we, as a society, reconcile the need for retribution and punishment for heinous crimes and the need for reintegration of criminals back into society and much, much more.
 Tags Englisch, Innovation, Podcast
Weiterlesen

#011 – Why a CEO Stepped Down so an Intern Could Take Over /w Hermann Arnold#013 – How Vacuum Panels Are Already the Best Insulator for the Next Century /w Dr. Joachim Kuhn